So when Atlus announced Catherine, a game made by the Persona team but not a Persona game, fandom had mixed reactions. The majority supporting this direction and excited to see something new from their fave creative team, the minority bitching that Persona 5 should have taken priority, why branch out when you have a working formula?

I was on the fence, I love the Persona teams ideas, but a puzzle game? Eeeeeh, not my cup of tea. Would I be able to handle the challenge? Would I stick with it to see the end? I wasnâ€™t sure, and I certainly wasnâ€™t sure Iâ€™d like it, but given the team Iâ€™d give it a shot, and boy am I glad I did!

Catherine is at heart, an Atlus game. Meaning if youâ€™re an Atlus fan youâ€™ll find yourself in comfortable territory story-wise, charming characters in a bizzarro Earth world, real world problems with some less-than-real solutions. Itâ€™s ground theyâ€™ve covered before, but ground they know well and can do a lot with. For me the plot was the driving point of the game, I really wanted to find out what happened next, and the myriad of choices given to reach one of the 8 different endings were enough to entice multiple replays.

The move to older protagonists with older, adult problems, was a bonus for me, as an adult gamer. You can only play high school so many times once youâ€™re done with high school before youâ€™re left wanting something a little more relatable to your life. Catherine brings this in spades, marriage, children, commitment, job or family, pretty much everything youâ€™ve had to, or will have to contemplate as an average working adult is covered, and for me, it made the game that much more fun. Do you answer the questions posed to you honestly, or do you answer them as you would in your perfect world?

Going into the game I expected the best from the plot and characters, Atlusâ€™ story is always ace, but the gameplay had me worried. Iâ€™m not a puzzle gamer. Iâ€™d wager a bet that the majority of Megaten and Atlus fanboys are, like me, RPGers at their core. Weâ€™re used to turn based game play and leveling up to make things easier. For me this was one of the first games Iâ€™ve played, and completed, where your character doesnâ€™t gain any abilities, any stats, any lvls, your Vincent is the same in Chapter 1 as he is in Chapter 7, itâ€™s you as a player that has to grow and lvl up in order to be able to face each new type of block and challenge thrown at you. I expected that to be daunting, but never expected it to be so much fun!

Is the game hard? Yes, but not in the way that makes you want to rage quit and fling your controller across the room, itâ€™s hard in the way that when you finally figure out the solution to a levelâ€™s puzzle you sit back and feel accomplished. Thereâ€™s no cheating to get around roadblocks (although if you need that there is a Very Easy setting that lets you play pretty much on autopilot) and sometimes trial and error is the only way to get to your solution. The game over screen isnâ€™t so much a deterrent as it is an inevitability. Donâ€™t fear dying, youâ€™re gonna do it, get used to it, and get up and try again. The game doesnâ€™t punish you for death, nor does it have especially brutal a learning curve. Each stage progresses to the next rather fluidly so you never really feel a jump of â€œI can do this!â€ to â€œWTF NO WAY!â€ There are some levels that are incredibly frustrating, of course, but theyâ€™re in no way unbeatable.

For extra practice the game includes Rapunzel, a mini game replicating your nightly block-climbing torment that you can play as much or as little as you want with no pressure of a timer and no pressure of a giant monster sneaking up beneath you to quash your hopes and dreams.

If youâ€™re like me in no time youâ€™ll find yourself moving automatically and instinctually towards the solutions, the controls are great and intuitive and allow a pick up and play feeling to a rather involved puzzle game. The only complaint I ever raised about controls was the lack of a full 360 camera as youâ€™re allowed to climb on the back of puzzles, but never SEE the back of puzzles. Granted in the end this really just added a bit of a challenge, but it did feel limiting.

Production wise I fell in love with Catherine. The in-game engine was very attractive, so much so that I felt the anime cut scenes actually looked less impressive by comparison. I realize a lot of J-gamers are big anime fans, so it makes sense to include anime cuts, but for me they did little when the rest of the game looked so great! The graphic design and art direction of the game was sick and modern, neon pink coupled with religious symbolism and overt sexuality made for a very pretty game interface. The voice acting was impeccable, and I actually enjoyed the English dub a lot more than the original Japanese voice track, which is not included on the NA disc. The American voice actors seemed to ad-lib and play the characters a lot more naturally than the Japanese originals, to me the Japanese felt like a typical anime voice cast, acting from a script. The English actors were toned down, and more conversational and natural in their delivery in my opinion. In the end no matter how great the English VAing is youâ€™ll still have fanboys clamoring for dual language tracks, but for me the English was perfect and I didnâ€™t miss the second language track at all.

Music was very Persona-esque as Shouji Meguro handled the soundtrack once again. Puzzle levels are mainly arrange tracks of classical pieces that Meguro has put his unique spin on, while real-world music is entirely new pieces that would find themselves at home on some of his more recent Persona soundtracks. While Iâ€™m personally more a fan of his hard-rock pieces from his SMT works, I am still a Meguro fangirl so I enjoyed it enough to go out and purchase the soundtrack. That being said itâ€™s not his most memorable work, but not his worst work either, it suits the game and itâ€™s setting very well and for me, thatâ€™s all I ask for in a OST.

Overall I recommend the game to Atlus and Megaten fans more than other players. The story, while the draw for me, could be a turn off for anyone who doesnâ€™t like their game plot to veer away from the center line. If you want the save the world from an evil God or save the Kingdom from invasion, thereâ€™s probably nothing here for you. If, on the other hand, you want to experience an open, human and relatable plot, that may or may not include classic Atlus staples of the weird, go all in. The puzzles, to me, would be fun for anyone who likes a challenge, but if youâ€™re looking for a pure puzzler, this isnâ€™t that. Itâ€™s a very hard game to categorize, but a game definitly worth playing.

If youâ€™re not sure you want to spend the bucks, give the demo a go and see what itâ€™s all about. Catherine is such an odd duck that no matter how many reviews you read you wonâ€™t really be able to tell if itâ€™s your game or not until you actually hands on give it a try. So go, give it a go!

Bottom line for me is the game was fun, the plot was fun, the characters were fun, and it was the first time I played a puzzler and enjoyed the hell out of it. 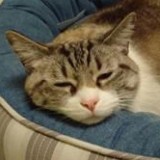