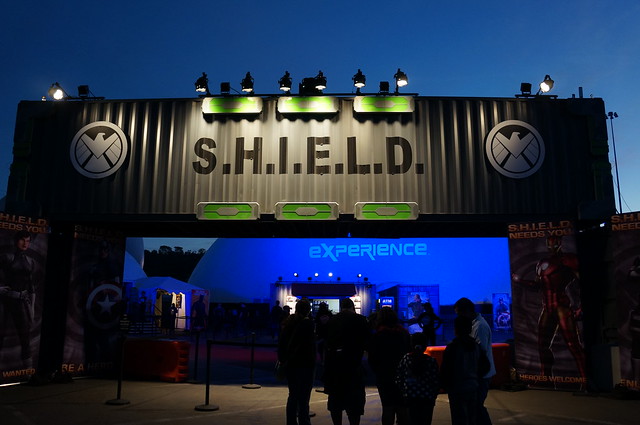 On Valentine’s Day, I made my way to the Marvel Experience while it was at Del Mar, California. This comic book geek playground consists of 7 domes, the largest one hosting several character inspired “training” stations. Most of it were video game stimulators, like learning how to fly like Iron Man or smashing robots as the Incredible Hulk. There are two stations that were more physical — the Spider-Man wall climber and the Black Widow agility test.

The experience is obviously aimed at children but it was no surprise that tons of adults enjoyed it as well. There is a storyline where you train to become a S.H.I.E.L.D agent and you will eventually battle the Red Skull alongside the Avengers.

I had a lot of fun and we were inside the domes for almost three hours!

The computer animation for the experience was well-done and involves characters we haven’t seen in the Avengers movies, like She-Hulk! Thank goodness Marvel still has the rights to the Spider-Man and X-Men merchandise rights because it was fun to see all those characters together. A little disappointed that there was no sassy Loki to be seen but I guess the Red Skull and Madame Hydra were also fun villains to fight against.

The Marvel Experience will only be in Del Mar, California until February 22, 2015 and after that, it will be moving to San Francisco. Check it out if you can! Definitely worth it for fans! 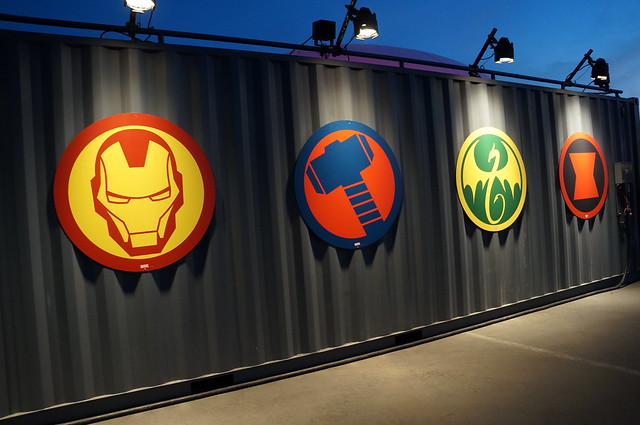 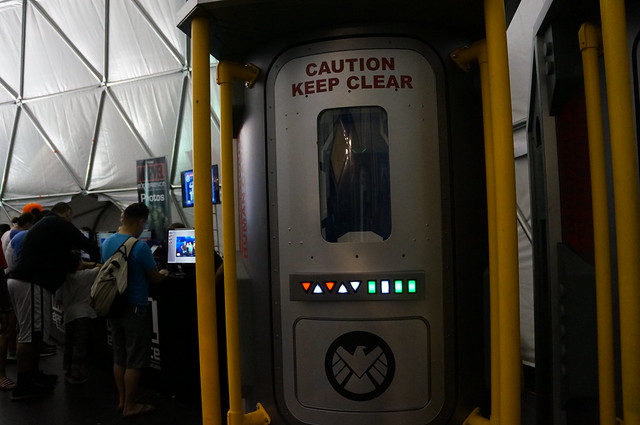 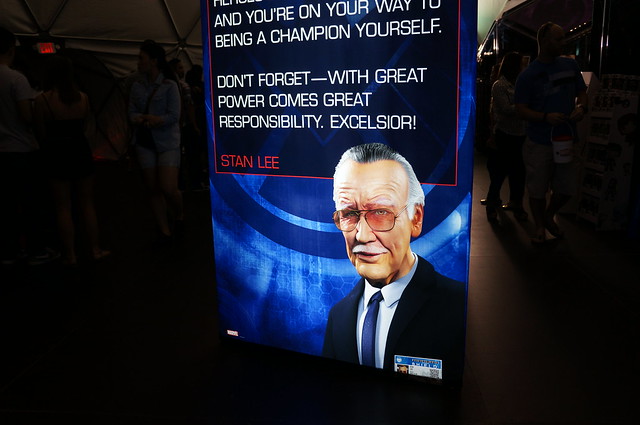 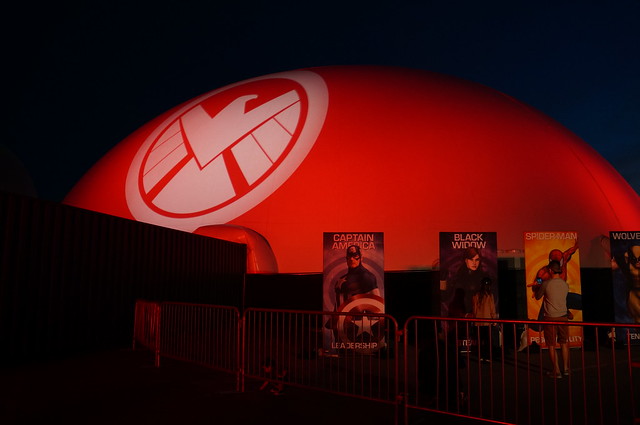 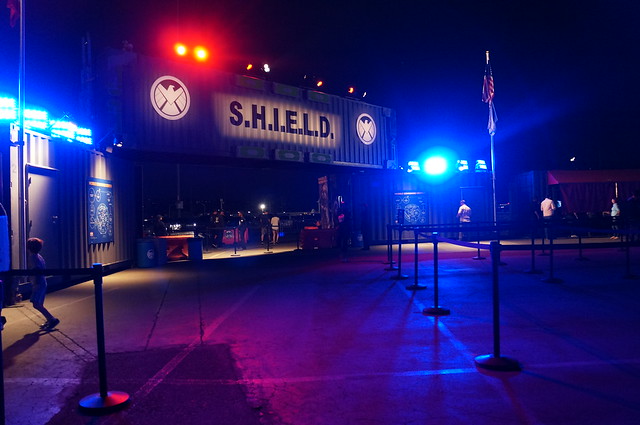 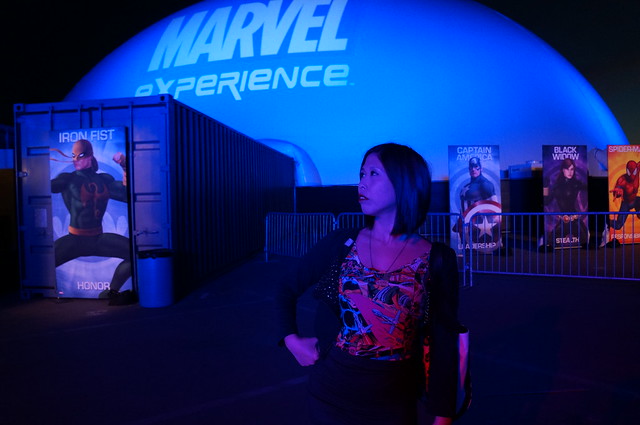 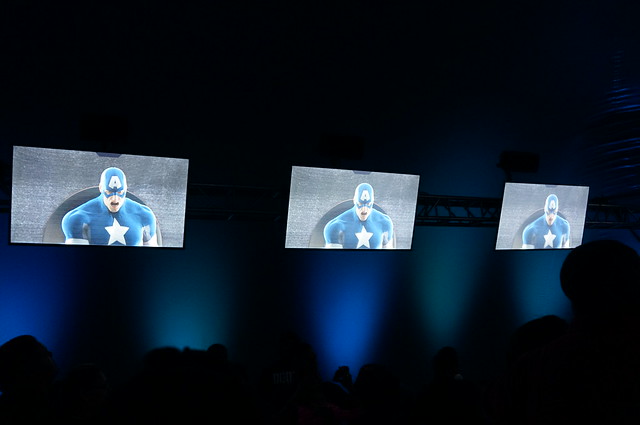 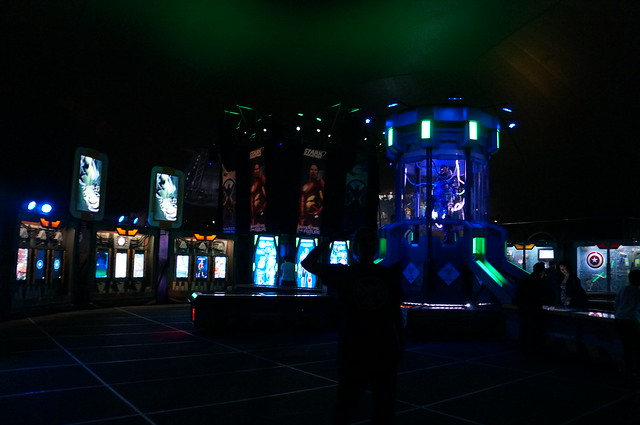 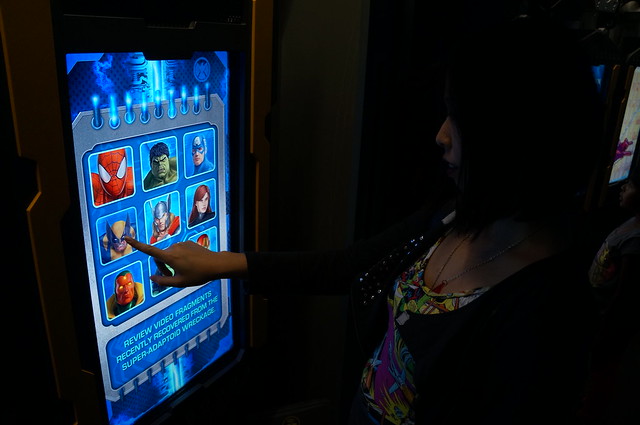 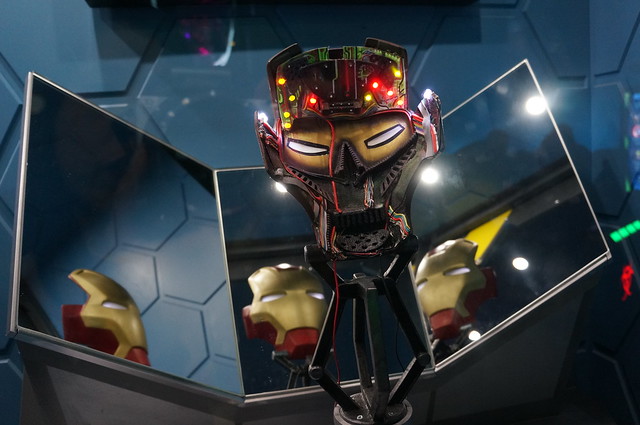 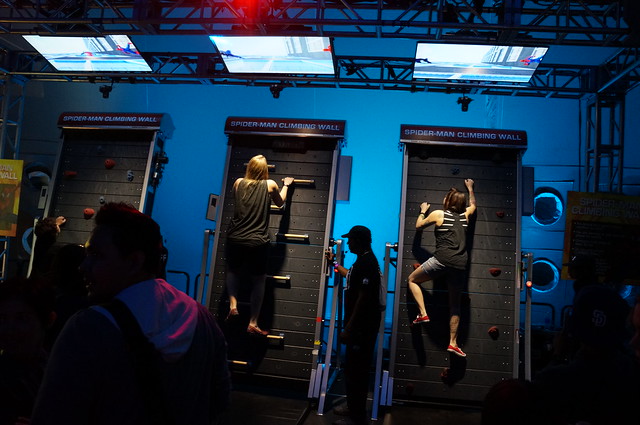 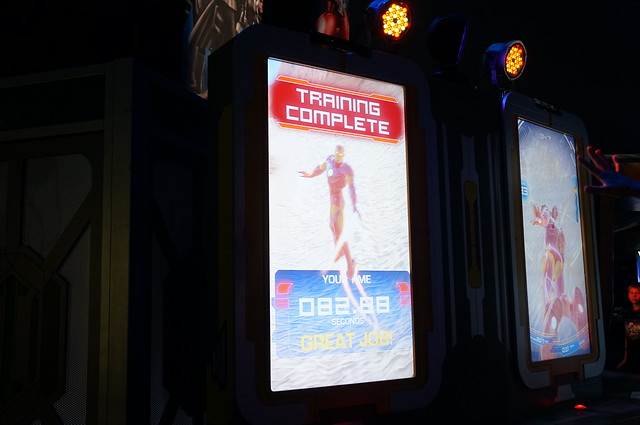 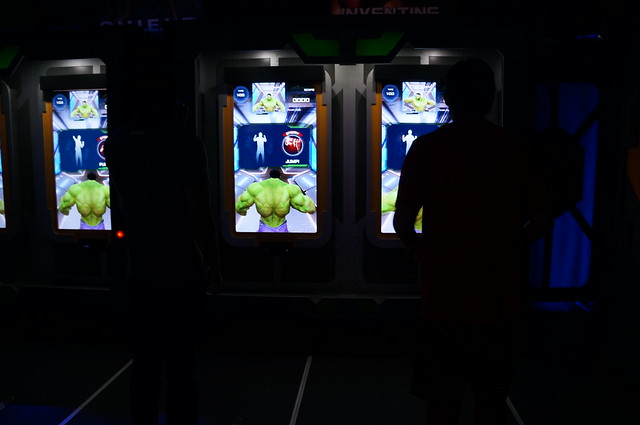 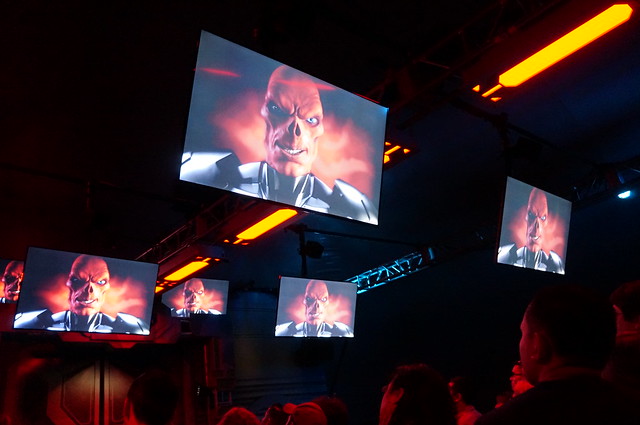 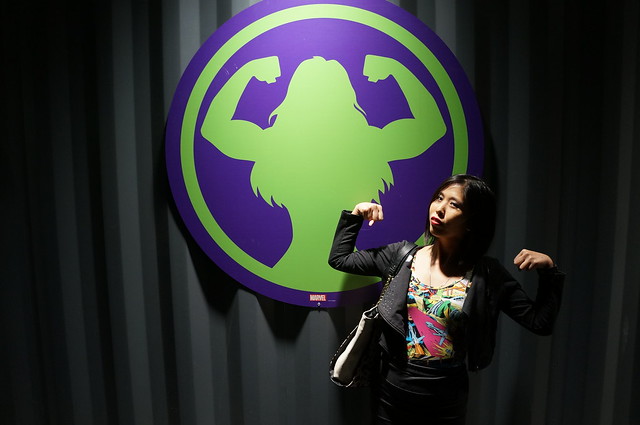