Wondercon 2014: Scenes from Around the Con, Part 2 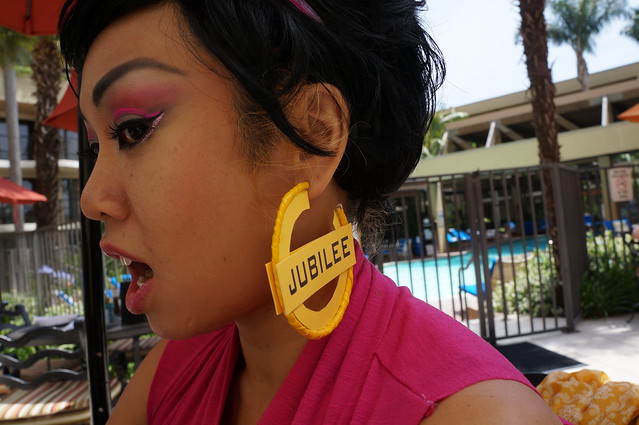 END_OF_DOCUMENT_TOKEN_TO_BE_REPLACED

Space Jam sequel? YES, PLEASE, A THOUSAND MILLION TIMES! The Lady Geeks get a little excited over this news, plus we discuss the best geek activities during rainy days. Fanfic Theatre: Avengers.

Technically, I don’t watch television since I have been watching everything online now. I still don’t know if I should feel bad about that or not, but I do things during the night and-and-and– it’s super hard to follow TV schedules, you guys. If you’ve been listening to our podcast, you know which shows I am big on this season but if not, I decided to write this blog for you and explain in Space Pirate Queen terms why I think these shows are awesome. Get ready.

END_OF_DOCUMENT_TOKEN_TO_BE_REPLACED

Pilbeam has joins us in the correct time zone (aka she’s visiting California from England) and sits down to discuss all things superhero movies and cartoons. A little bit of The Avengers, a little bit of the Batman, a lot of Kevin Conroy love. Plus, Magic Mike and Channing Tatum.

May 9, 2012by Team DefectiveGeeks
TELEVISION

Best News of the Decade

This made me squee with joy. SQUEE. I’m so excited that they’re putting the shows I grew up with back on TV. I’m betting most of you are excited too.

Personally, I’m most excited about Clarissa Explains It All. I have season 1 on DVD and I’m not disappointed by it, like I am when I re-watch some other childhood shows.

I don’t think Roundhouse or All That will age well (though I will still love them).

The cartoons? Are going to be amazing. Rugrats, Rocko, Ahh! Real Monsters (I still have all the stuffed animals for that show).

Fortune Cookie keeps the Space Pirate Queen company while Gizzy is away and so the ladies discuss the third installment of the Transformer movies and how Victoria Secret models can act better than Megan Fox. We enjoy explosions and giant robots. They get a little bit nostalgic for their childhood cartoons and think a lot of kids these days are wieners.

SponSIRs Love: EnergyXpressions.com – use the promo code GEEK to get 20% off your orders! I still love anime but I’ve seen American cartoons try to emulate the wrong things in anime when they try to capitalize on its success in the USA. They would fail horribly since they would focus on only the visual gags and not character or story depth. END_OF_DOCUMENT_TOKEN_TO_BE_REPLACED