The British Library has a special exhibition on Science Fiction called Out of this World. It’s on till the 25th of September.

It’s not a gigantic exhibition, but they had a lot of really interesting books on display, some incredibly old ones. It covers everything from political satire, to comics, to pop up books.

This was available in the gift shop.

What I was most impressed by was the large number of female writers. Did you know the Bronte sisters wrote Science Fiction? They invented entire countries and wrote histories, literature and stories about the people that lived there. They even made maps: 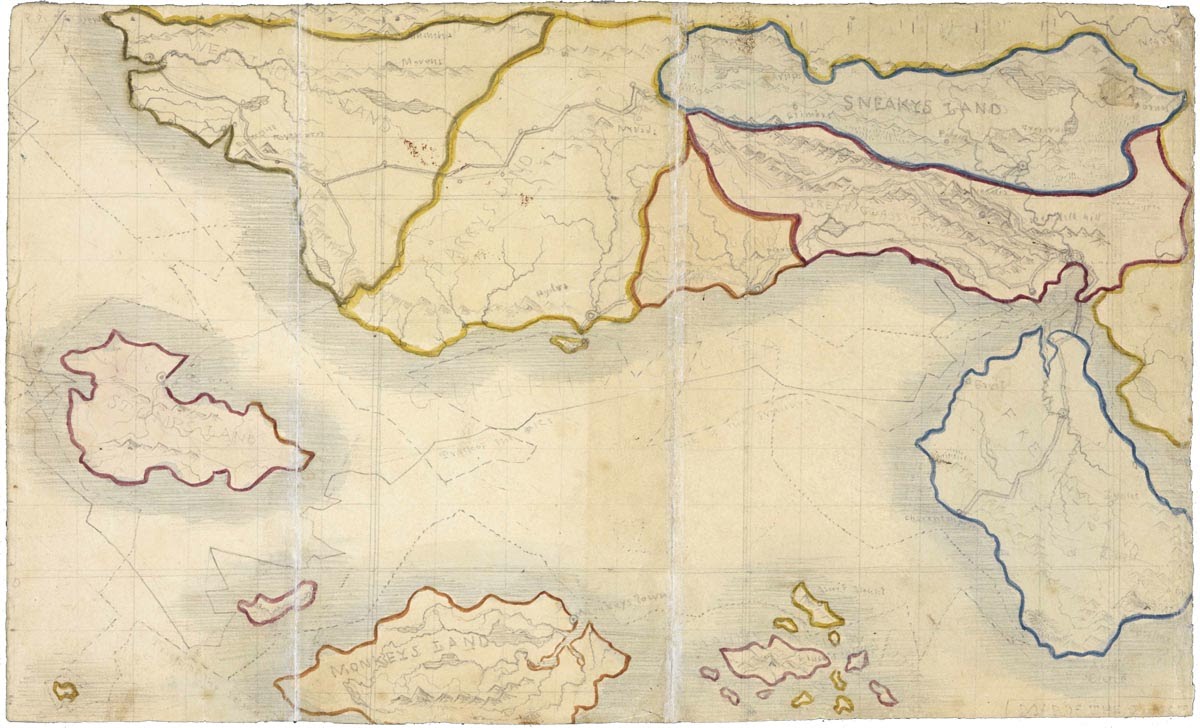 Some of the new names I learned and plan on reading up on are:
Angela Carter
Mary Gentle
Margaret Cavendish (she wrote in 1666!)
Candas Jane Dorsey
Jane Webb Loudon
Doris Lessing
Naiomi Mitchison

It was a great way to see the history of Science Fiction laid out. I definitely recommend going, if you can. It’s free!