Meanwhile Indy’s over here like, “Wait till you get a load of me.”

So yeah you’ve got a professor: Who’s idea of extracurricular activity is being an artifact hunting action hero!

And made us think archeology was all this:

And yeah, he’s all older and stuff but as you know “It’s not the years, honey, its the mileage”

As Calista Flockheart would know.

If Han wasn’t the first man I had a crush on, it was definitely Jim Morrison. The first CD I owned was The Doors first album.

This launched my destiny as an artistic old soul. He was so philosophical, broody and had the soul of a clown.

“I’ve always been attracted to ideas that were about revolt against authority. I like ideas about breaking away or overthrowing of established order. I am interested in anything about revolt, disorder, chaos, especially activity that seems to have no meaning. It seems to me that the road toward freedom, external revolt, is a way to bring about internal freedom”

He was always on point!

“There’s one thing I do know… and that is that I love you, Scarlett. In spite of you and me and the whole silly world going to pieces around us, I love you. Because we’re alike. Bad lots, both of us. Selfish and shrewd. But able to look things in the eyes as we call them by their right names.” But Scarlett failed and realized too late. Who had no idea what she was getting into.

and to raise a little hell. Till finally Winona wised up: And put him down My mom passed down to me her love for young Travolta and he was the first to instill in me  a love for LEATHER JACKETS!!!

I just knew I wanted that high school, bad boy, leather jacket lovin’ and I did get it. Ah first love!

Anyways, Grease did teach me that it’s one thing to want a bad boy but also to find one who knew they had to get their shit together.

Pat Verona from 10 Things I Hate About You

The guy who took over the school PA system to serenade the shrew in the modern re-telling of The Bard’s Taming of the Shrew. Forever making it most girls dream that a guy would make such scene for them at school. Who’d expect that from the brooding pyro in science?

The game changer with ulterior motives who tried to help a young JGL get a girl by dating her older sister.

He is caught though! However it doesn’t matter cause even though he might have had sketch intentions, she still loves him!

The 90’s version of Bonnie and Clyde by ways of Tarantino and Oliver Stone. While Mickey was a cold-blooded killer he did have some method to his madness. And undying love and dedication for his wife Mallory.

Because what girl at one point or another didn’t want a man who robbed banks to go on the run with.

From the real Clyde who Bonnie had this to say about in her poem The Story of Bonnie and Clyde:

They call them cold-blooded killers;
They say they are heartless and mean;
But I say this with pride,
That I once knew Clyde
When he was honest and upright and clean.

But the laws fooled around,
Kept taking him down
And locking him up in a cell,
Till he said to me,
“I’ll never be free,
So I’ll meet a few of them in hell. To Jeremy Jordan on B’way Another suitor in the musical sings to Bonnie:

Okay, so that’s part one! The next installment will include Disney’s Princes and non-sparkly vampires. I hurt from exploring my own psyche. 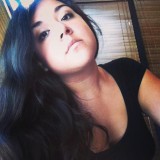