We kick off the new season with an in depth discussion on fan entitlement and how social media has affected the relationship between creators and their audience. Fanfic Theatre: Star Wars.

Ah, yes, here we are. Thanksgiving is over. Some of you are probably a lot like me and is just spending this Friday doing some lazy window shopping online. Ladies, there are now too many adorable “geek” things for us to buy for ourselves and our equally dorky friends. Can you believe it? It wasn’t so long ago we’d had to scrape the Hot Topic stores to find anything to represent our pop-culture tastes. Here are my personal picks for this year in case you still need a little help narrowing down what to buy!

We’ve spotlighted RedBubble.com before because they are pretty awesome. Currently, they are having their Black Friday/Cyber Monday sales and they kindly shared their discount codes with us. For Black Friday, use BF20 and on Cyber Monday use CM20 to get 20% off your purchases!

END_OF_DOCUMENT_TOKEN_TO_BE_REPLACED

Since last weekend was the 4th of July I thought what better way to start off the week than with an Independence Day fanfic? I mean, doing that is super duper patriotic, amirite?? Anyway, I stumbled across a fanfic that also happens to crossover with Doctor Who. I guess I accidentally just undid the patriotism since Doctor Who is a UK show. Whoops. Sorry, ‘Muricah.

The fanfic this week is called “Of Time Lords, Independence, and Presidents” and is by Ford.Ye.Fiji of Fanfiction.net. This is a short, but sweet story that any fan of these two differences franchises will enjoy. It takes place during the scene in Independence Day that makes all of us shed a tear, the scene when President Roslin, I mean, First Lady Marilyn Whitmore is dying. In the fanfiction though someone shows up to intervene and it’s none other than the 11th Doctor. Since it’s not a fixed point in time (what follows the next day is) he’s able to make things a little better.

The reason why I picked this fanfiction is because, for one, I am a sucker for crossovers and I love seeing how people can in a creative way combine two fictional universes. Ford.Ye.Fiji did a great job of this and also captured the personality of the 11th Doctor very well. They also made sure to include some aspects of the Doctor Who universe which I thought was really awesome. My only complain about this fic? Where the hell was Goldblum??? Mind you, that’s my complaint about 99.9% of the media, so there you go.

What are some of your favorite crossovers? Which stories would Goldblum’s presence had improved the most? Let us know below!

Has the internet gone crazy that we’re all taking 50 Shades of Grey way too seriously? Learn about Fortune Cookie’s fandom words of the day and we handed out yet another ovaries explosion award. Fanfic Theatre: Arrow x Street Racing x Fighting…

This episode is a remix of Fanfic Theatres we’ve done over the years! I know, this seems like a cop-out episode, but trust me an entire hour of just dramatic fanfic readings is pretty hilarious — from Deathnote to Doctor Who!

This week the girls discuss the future of virtual reality in our society, how it could be an amazing tool for education, and how there will probably be virtual reality day spas dedicated to giving you the perfect escape. Pretty much, which Channing Tatum movie would you like to be in? We also discuss Emma Watson’s incredible speech at the UN and how it is important not just for women, but for men as well. Fanfic Theatre: Matrix x Harry Potter 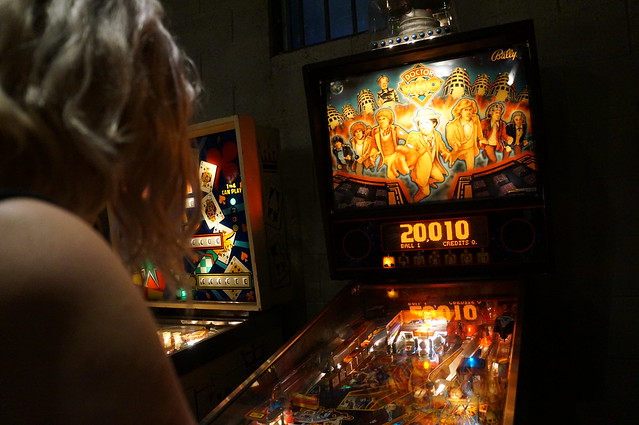